Last year I was granted funds by the Mohamed bin Zayed Species Conservation Fund a reputed funding organisation dedicated to helping researchers like me to study the wildlife we all know (in some cases) and love (in almost all cases).

With the funds they provided, I was able to buy 20 camera traps which shot the project forward at lightening speeds – working with 5 cameras was just not cutting it! My team and I were not only able to capture fishing cats roaming about our study site in Thalawathugoda, but we were also able to photograph fishing cats in people’s back yards, front steps (or rather very VERY close to it), office buildings in the middle of Colombo and industrial zones (more on that later).

They have just published their 2015 annual report, and I’m excited to say that this project was one of the few selected research projects out of the 183 which were funded in 2015 , to be featured in it! 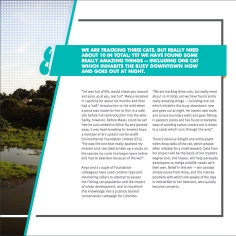 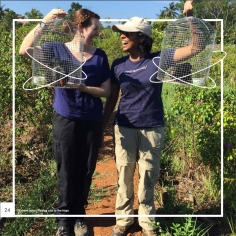